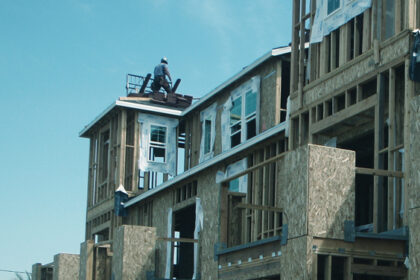 In less than two years, new water heater energy efficiency standards will be in effect, starting in April 2015. U.S. Department of Energy (DOE) Secretary Steven Chu announced in April of 2010 that the Department had finalized higher energy efficiency standards for a key group of heating appliances that will together save consumers up to $10 billion and prevent the release of up to 164 million metric tons of carbon dioxide over 30 years. These new standards — for residential water heaters, pool heaters and direct heating equipment such as gas fireplaces — will reduce air pollution, prevent the release of harmful nitrogen oxides and mercury, and avoid emissions equivalent to taking 46 million cars off the road for one year, the DOE said.

According to The Energy Efficiency Standards group, efficiency metric for residential water heaters is the energy factor (EF), which indicates a water heater’s overall energy efficiency based on the amount of hot water produced per unit of fuel consumed over a typical day. The EF accounts for recovery efficiency — how efficiently the heat from the energy source is transferred to the water; standby losses — the percentage of heat loss per hour from the stored water compared to the heat content of the water (for water heaters with storage tanks); and cycling losses — the loss of heat as the water circulates through a water heater tank, and/or inlet and outlet pipes.

“These energy-conserving appliance standards are a critical part of the Administration’s overall efforts to save energy in homes and businesses nationwide,” says Secretary Chu. “By raising the energy efficiency requirements of our everyday appliances, we will save money for American families and companies, reduce carbon pollution, and enhance our energy security for decades to come.”

The standards released in 2010 increase the stringency of the existing minimum conservation standards for these three types of residential heating products, which account for about 18% of energy use in homes across the country. The standards will significantly reduce energy consumption by these products, including decreasing energy use in large electric storage water heaters by 47% and by more than 30% in large gas water heaters, according to the DOE.

According to Harvey M. Sachs, Ph.D. and Senior Fellow at the American Council for an Energy Efficiency Economy (ACEEE), DOE cannot establish standards without first showing that they are cost effective by detailed technical analysis.

“That doesn’t mean it doesn’t have an increased first cost, but the first cost increment is always more than made up in a reasonable time in savings,” says Sachs. “The second thing is the DOE’s analysis has almost always been wrong, but they have almost always over estimated the costs of new minimum standard products. The reason for this is pretty simple. The manufacturers re-design their products and production processes to bring costs down for their products.

“The real technology shifts are for the roughly 10% of the market that is bigger than gas-fired storage water heaters of 55 gallons, which will have to go to condensing, and electric will have to go to heat pumps,” adds Sachs. “For everything smaller, there are very small changes. Product is already on the market today that meets the new standards.”